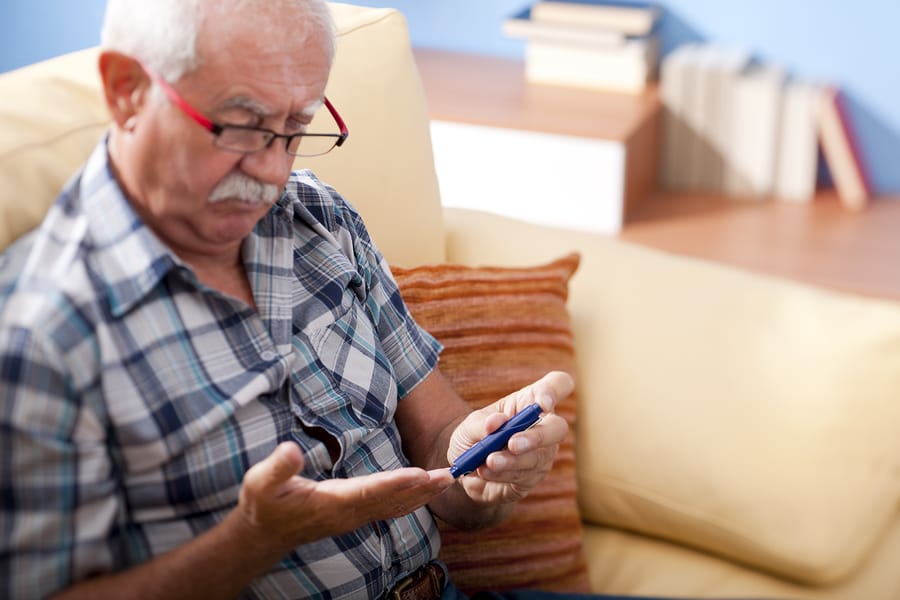 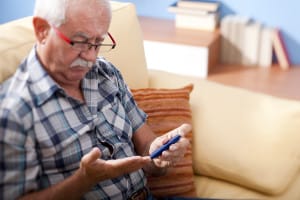 It’s unfortunate, but if you have diabetes, it means you’re at a significantly elevated risk of some forms of vision problems.  It’s important for diabetics to maintain regular visits to their eye doctors, because their vision is more likely than most to degrade as the years go by.

In fact, diabetes is the leading cause of blindness in people between ages 20 and 74.  Largely speaking, however, true blindness only threatens those who aren’t properly managing their disease.  Like other elements of diabetes, proper care minimizes risks to your vision.

The largest vision problem stemming from diabetes is swelling in the eyeball, due to increased amounts of glucose.  Patients with unbalanced blood sugar may experience temporary vision blurring, which goes away when their levels balance.

Cataracts are one of the biggest concerns.  Patients with diabetes get them earlier, and they’re often thicker.  They’re caused by damage to the eyeball as it swells and contracts with blood sugar levels.

That said, corrective surgery is pretty much the same in all cases, although there is also greater chance of future cataracts.

Glaucoma is the other vision problem most commonly associated with diabetes.  It develops due to fluid buildup within the eye, behind the iris, which throws off a person’s ability to focus.

Glaucoma is 100% treatable, and usually just with medication.  Although, in severe cases, draining the fluid may also be needed.

Finally, retinoplasty is the third major form of eye disease that commonly comes from diabetes.  It is also in many ways the most serious, because if it’s not caught early, it absolutely can lead to blindness.

The swelling that diabetes causes extends to blood vessels as well, and sufficient pressure can cause blood vessels at the back of the eye to burst, hemorrhaging blood into the eyeball.  Usually it starts small, with microscopic blood vessels and tiny amounts of blood.  Left untreated, larger vessels burst, and  it can ruin an eye.  Or both.

Proper management of blood sugar reduces the risk significantly.  Those with daily insulin shots, or insulin pumps, are 50%-75% less likely to develop retinoplasty.  Their chances of other diabetes-related vision problems decrease as well.

Do Your Eye Doctors Know About Your Diabetes?

If not, this is the time to tell them.  Diabetics are at higher risk of a range of vision problems, making this crucial information to your Phoenix Optometrist.