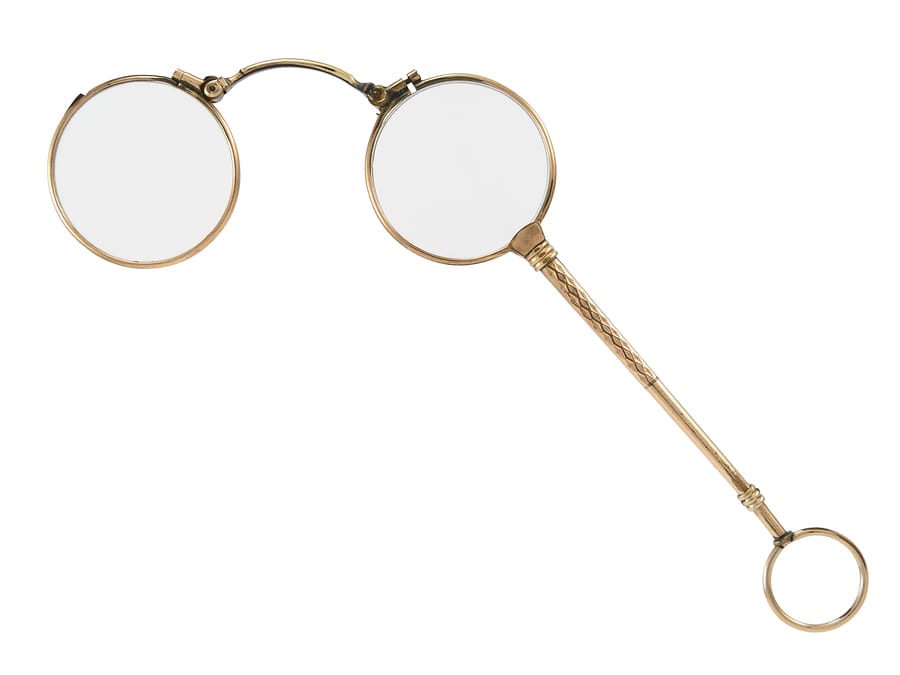 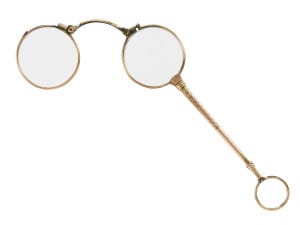 The art and science of optometry are actually among the oldest in history! Humans have long struggled to correct eye defects, and we’ve been looking for ways to do it for as long as anyone has been studying optics.

Today, let’s take a look back in time, at how these everyday staples came about!

A Quick History Of Eyeglasses And Optometry

I.  The Early Days

While proper eye glasses were not around until the 1200s, we have records going as far back as Imperial Rome showing people using gemstones, or flasks of water, as corrective lenses. Emperor Nero was even said to have used an emerald for viewing the gladiatorial games!

The first recorded mention of eyeglasses comes from 1306. Glasses at this time used simple leather frames, holding thick pieces of hand-ground glass. Using the ears to hold them in place didn’t come for another couple hundred years.

One interesting aspect here is that the early optometrists were doing their work blindly. There was little understanding of optics, and it wasn’t until 1604 that the basic principles of convex lenses were calculated by western science. It was the famous astronomer Johannes Kepler who calculated the basic principles, thanks to his work on telescope optics.

While there are many myths surrounding Benjamin Franklin, one thing that’s factual about him is that he did, as near as anyone can tell, invent the bifocal lens. It’s not impossible that someone created bifocals before him, but Franklin’s version is the first recorded.

Thomas Jefferson also contributed to the process. After having Franklin design a pair of bifocals for him, he complained that the (round) lenses tended to move within the frame. His suggestion was to use oval lenses instead, which are still the most commonplace style today.

From there, ribbons were briefly used to hold them on, but when folding-arm earpieces were developed in the late 1700s, it became the standard way to hold glasses in place.

Since then, we’ve developed new and interesting materials for building lightweight and damage-resistant frames, but without deviating much from the 18th Century design.  Contact lenses would be the next major development in eyewear, and those would not come until the mid-1900s.