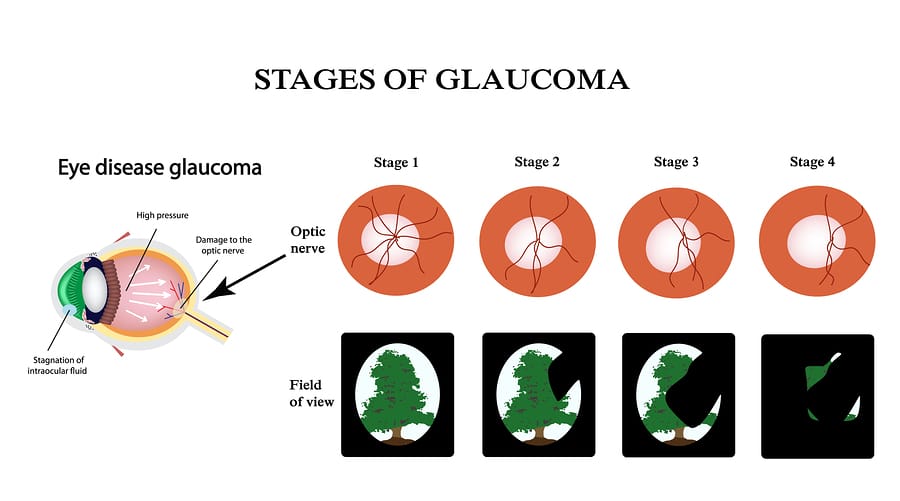 This January is National Glaucoma Awareness Month! Glaucoma occurs when there is damage to the optic nerve, which usually occurs later in life. The pressure that builds up in the eye often prevents the eye from draining properly and can cause a loss of vision. Glaucoma is one of the most common visual impairments, so it is important to bring awareness to it. 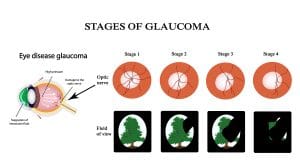 Glaucoma is the third leading cause of blindness—This visual impairment is common, and by 2020, it is predicted that 76 million people will be affected by the disease.

No early symptoms—Unfortunately, glaucoma does not have any symptoms in its early stages, which is what makes it so dangerous. Once you have begun to notice changes in your sight, the disease has already progressed toward vision loss, which may be very difficult to stop.

Catching glaucoma early is important—Since it is such a dangerous disease, going into regular eye exams with your optometrist is extremely important. Your optometrist can see the signs of glaucoma long before you can.

Treatment of glaucoma—Improvements to the vision lost through glaucoma may be found in the form of surgery, lasers, or medication, depending on the type and severity of the glaucoma. However, not all treatments are successful, as glaucoma in certain stages is irreversible.

Preventing glaucoma as long as possible—While not everyone is able to escape the vision loss associated with glaucoma, it is possible to try to prevent this disease from taking hold by eating a healthy, balanced diet, getting enough sleep, exercising regularly, and going in for regular eye exams with your optometrist.

Don’t forget to ask your optometrist about glaucoma if you fear you may be susceptible to getting this visual impairment. To learn more about glaucoma, or to schedule an eye exam at Valley Eyecare Center, call (602) 955-2700, or visit our website.